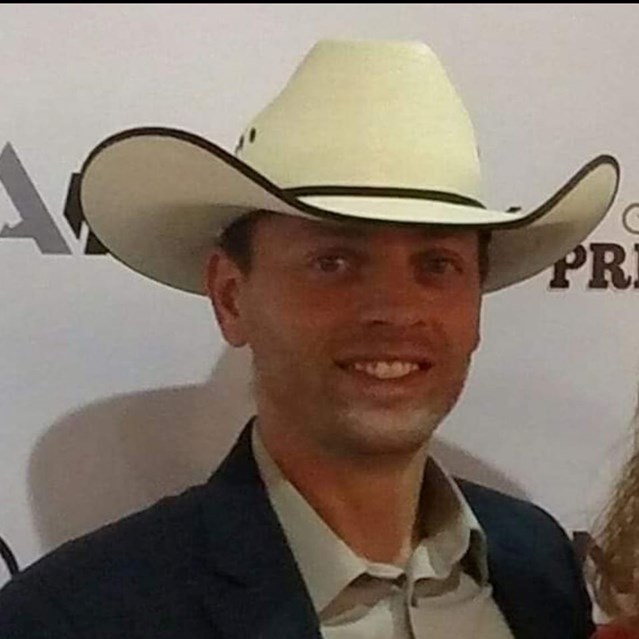 Warren Symens is a  4th generation farmer/rancher/cattle feeder in Amherst SD, where he lives with his wife, Stephanie, and 3 kids; Owen, Erika, and Emmett. Symens Brothers  Limousin is a family operation that includes Warren, a cousin, Brad, and uncle, John, as well as  Warren's dad, Paul and uncle Irwin, who are retired. The operation raises registered Limousin cattle, run a cattle finishing confinement lot, and grows crops for market and for feed. Warren graduated from Britton High School in 1996. Upon graduation Warren attended  South Dakota State University, obtaining a  degree in General Agriculture. Warren has served on the SDSU Ag & Bio advisory board, and has continued to stay involved with the board through volunteer work. He has also served on both the state and national Limousin board of directors. Warren was a Class VIII graduate of South Dakota Ag & Rural Leadership. Within his community, Warren has served on various church boards at the First Presbyterian Church of Britton, SD and sits on the Board of directors for the Full Circle Ag Co-Op. He also acts as  the secretary for the South Dakota Cattle Feeders Council.